How a twitter argument begins and how it ends 🤣 pic.twitter.com/2IWf20EdQE

Pearce (right) crushed the Yanks all by himself

At Fenway Park, the New York Yankees led by four runs early and also trailed by six runs early and it suddenly felt like Game 4 of the 2004 ALCS all over again. The Red Sox, baseball’s best team, won going away, 15-7. Yankee hitters belted four home runs, including a shot by Gone Carlo Stanton that must have ended up on the other side of the Charles.

That would normally be enough, but Steve Pearce of the Red Sox hit three home runs all by himself. The top three batters in the Sawx lineup—Mookie Betts, Andrew Benintendi and Pearce—reached base 13 of 18 times and had 10 RBI.

The Sox are 42 games over .500. The Yankees are a respectable 29 games over .500, but are just 18-17 the past 35 games. In each of their last two contests, they’ve made at least two infield mental errors that your Babe Ruth League team would be embarrassed about.

P.S. Not for nothing, but in the same week that the Yankees traded away their most reliable middle reliever, Adam Warren, their bullpen just allowed 13 runs in one game. Terrible move by Brian Cashman there.

2. The Enemy, The People, and The Press

When the inevitable The Worst Wing 30-for-30 doc does eventually appear (unless, of course, we become a fascist state in the mold of Russia and North Korea and no such docs are permitted), we’ll have to set aside 2 minutes of time for this exchange between CNN’s Jim Acosta and White House press secretary Sarah “She’s No C.J. Cregg” Sanders.

Sarah’s right. It’s the media who are lowering the level of discourse in this country.

This is most likely the uncharged suspect from that 2015 case

You know how every day on Twitter you read how the president is somehow breaking the law with a withering “He CAN’T DO THAT” and yet nothing ever seems to happen to Donald Trump (latest examples: promoting books of alt-right wingers he likes from the Oval Office, which is against the law). Well, the virus is spreading.

In Ohio, the Powell police department is blatantly ignoring the Freedom of Information Act (FOIA) by refusing to release the records of the 2015 incident involving Courtney and Zach Smith. The Powell police, as their defense, is saying that an uncharged suspect cannot be identified regardless of how long a case is open and that this release would have a high probability of revealing who that uncharged suspect is.

I think we already know. Besides, the case isn’t really open. It’s not being investigated. It’s closed and has been for some time.

A big day for one of our favorite towns in America: Eugene, Oregon. First, and not a big surprise, Track Town U.S.A. was awarded the 2020 Olympic Track and Field Trials. Second, the town will host the 2021 World Track & Field Championships and to celebrate the event will plant 2,021 Sequoia trees (if you’ve been to Eugene, you know that tree scarcity is not really a problem).

Sequoia trees can live hundreds of years and grow 300 feet tall. We’ll soon be saying that about NBA centers.

That’s Melissa Schlag, a town official in the small Connecticut municipality of Haddam (south central, not too far from New Haven). She kneels during the Pledge of Allegiance before town hall meetings to protest the presidency of Donald Trumps and vows to continue doing so until he is out of office.

Scholar began her daily protest on July 16 (the day Trump handed the keys to America to Vladimir Putin) and has been vilified loudly in this town of 7,700, where 51% of the voters pulled the lever for Trump two years ago. It’s moments like this when we really miss Gilmore Girls.

Schlag’s NFL career is over, by the way, before it ever began. 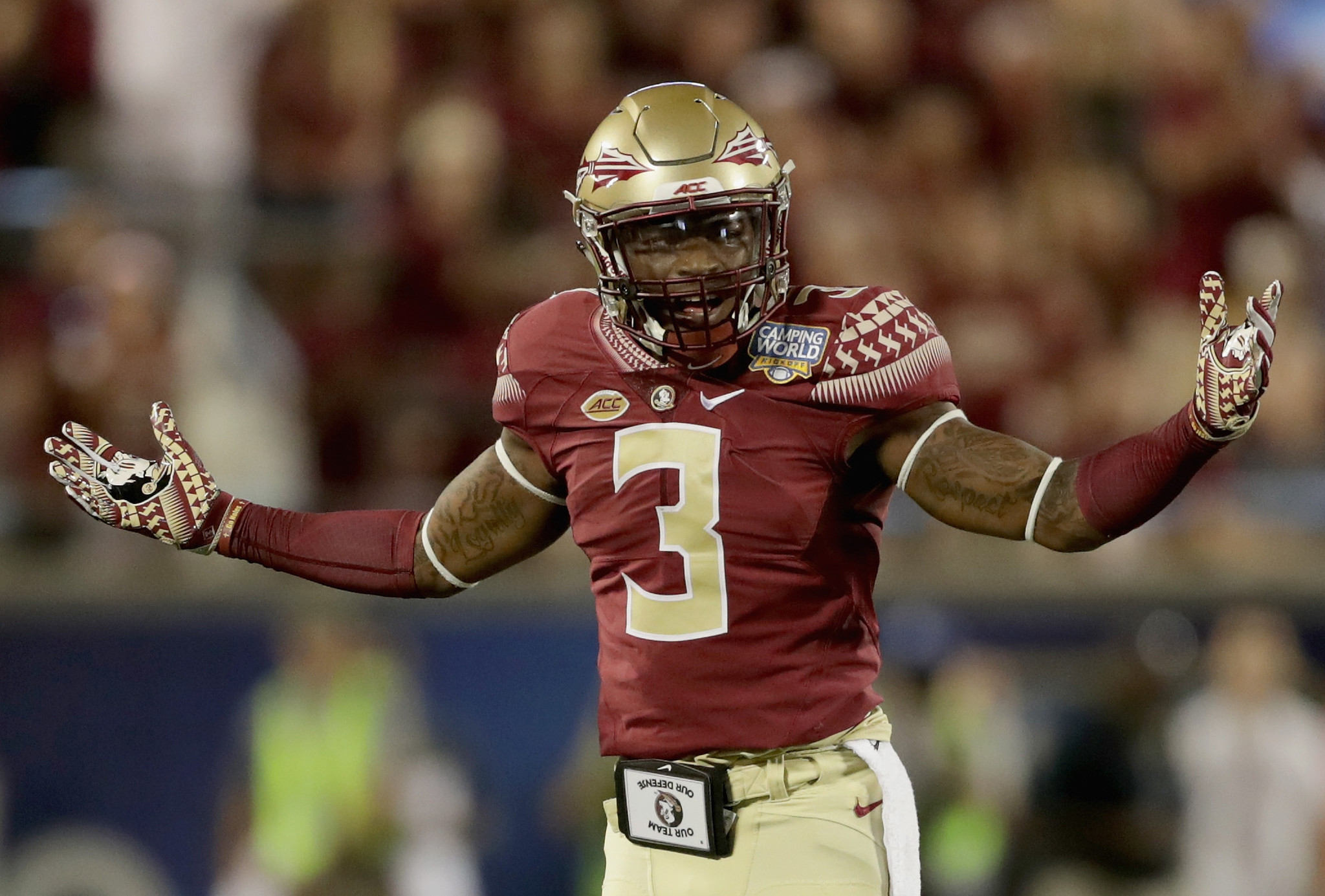 Our favorite line of ESPN.com’s “Rookie Derwin James Robbed At Gunpoint” story is right here: James and his uncle were walking to his Rolls-Royce when two assailants armed with guns allegedly snatched a chain from James’ neck and also robbed him of his Rolex watch.

I realize I’m infusing my Conservative White Guy Values here, and you can do whatever you want with your money. Still, you’re 21 years old (James turns 22 today; the incident took place on June 23 in Hollywood), you have yet to play in an NFL game, and you’re cruising L.A. in a Rolls and flashing a Rolex?

James has a four-year, $12.4 million deal. He’s paying at least 35%, closer to 40%, on income taxes. Let’s lowball it. That’s still $4.3 million in taxes. That leaves him with $8.1 million in walking-around money over the next four years and he just spent in the neighborhood of $300,000 on a car, a highly depreciable asset.

More importantly, when you’re that age driving around in that car, you’re basically one of those dudes on the corner swinging around a sign that says, “ROB ME!”

Do whatever you want. But don’t be mad at us if we call it stupid. And we’ll see how much money you have at age 35.

Back when people still tuned in to MTV, this was one of the last songs that received heavy rotation from a one-hit (make that two-hit; “I’m An Adult Now”) wonder band, The Pursuit of Happiness, from Canada. This video appeared on Beavis and Butthead and if we remember correctly, there must’ve been a joke or two around the word “dangles.”