Google and Amazon plan and think in terms of twenty year time horizons. The current case of totalitarian neurosyphilis will run its course in an increment of months, like any other poorly treated infection. 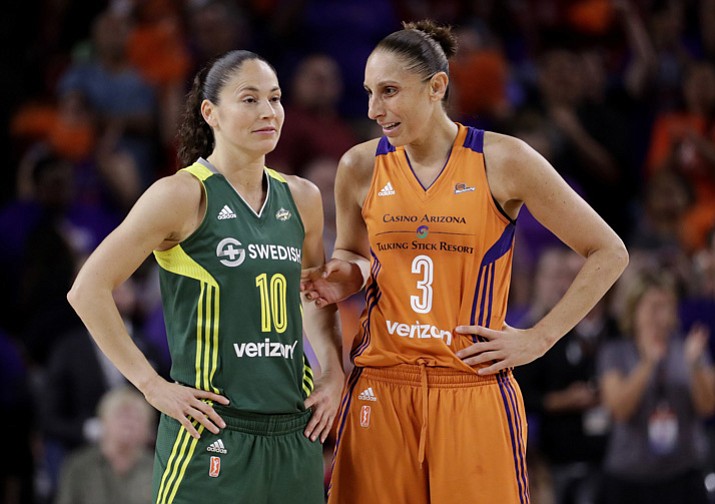 Her team lost in overtime, but anyone who stayed up late (on the East Coast) and witnessed her performance in Game 2 of the WNBA semifinals between the Phoenix Mercury and Seattle SueBirds (or Seattle Stewies) can bear witness to the fact that Diana Taurasi is the greatest women’s basketball player EVAH.

The Mercury trailed by 19 at Seattle in the 3rd quarter, but the Chick from Chino began to will them back. She buried a trio of three-pointers in the final three minutes, the first from Mercer Island and the last two off-balance as she moved to her right. The latter of those two, to tie the game, came with three seconds left in Sue Bird practically in her bra.

We Must Mention: Seattle led by four in overtime and Phoenix got the ball back with a few seconds remaining. Analyst Rebecca Lobo noted that all five Seattle players should just stay in the free throw lane because the only possible thing that could go wrong here is if they fouled and Taurasi made a three, setting up a potential four-point play. She’s ABSOLUTELY RIGHT.

When dudes say they can beat a WNBA player 1 on 1 pic.twitter.com/1JRYzreQ0t

Of course, the Seattle coaching staff/players ignored that sage advice, manned up on Taurasi, and fouled her as she drove and shot the three. They were bailed out by the facts that A) she missed and B) the ref did not call it, which is why you get this stalk-off staredown above. 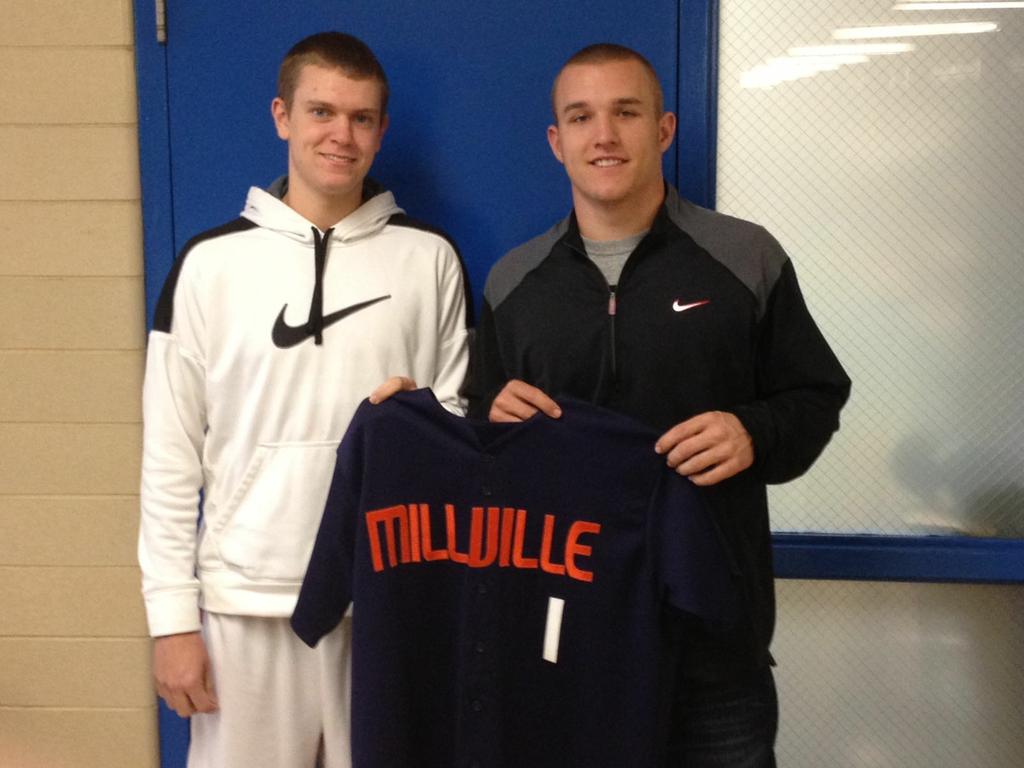 Cox, left, and Trout, right, both starred at Millville High

It’s not even a blip on the radar screen here in the East, but the death of Mike Trout’s brother-in-law, Aaron Cox, 24, has been cataclysmic inside the Angels clubhouse. Trout is from a small southern New Jersey town, which is where he met his future wife, Jessica. Aaron was Jessica’s younger brother, who starred at the same high school in baseball that Trout did.

Earlier this month Cox, who was a minor-league pitcher battling back from injuries, died from a self-inflicted gunshot wound. Trout wore his name on the back of his jersey last weekend. In his first at-bat since returning from an injury and dealing with Cox’s death, Trout hit a triple.

The judges wonder, What is a Hot Gog?

*The judges will also accept, “Bee-vacuation”

On what might have been the hottest day of the year in New York City, a swarm of bees gathered on the umbrella of a hot dog stand in Times Square (and ordered 3 dogs, kraut, no relish). City officials wisely removed the bees without doing harm to any of them, since bees are probably as responsible for the continued success of all living creatures as any one species in the animal world. Of course, some people failed to grasp this. If they were smarter, they’d realize that the best move toward public health would be to remove the hot dog stand. Don’t @ us, we love hot dogs, too, and are frequent visitors to Gray’s Papaya, the “Famous Hotdoggery.”

How did the bees get to Times Square, you ask? They took the B train… Morgan: Not a bullish Bezos bank

This morning Amazon (AMZN) shares got a 2% boost when investment bank Morgan Stanley (not to be confused former Patriot wideout Stanley Morgan, but then why would you?) raised its price target on the Bezos Behemoth to $2,500. The stock, which closed July at a price of $1,777, is now at $1,970. Those who were saying that it could top $2,000 by the end of 2018 are adjusting their predictions to “end of the summer.”

MH’s fiduciary arm, Walker Capital, owns a large stake in AMZN, but not as large as that of MH’s chief consumer and critic, Susie B. If AMZN hits $2,500, that lady is gonna be rich Rich RICH. Would she attempt a hostile takeover of Medium Happy, or will she simply continue her passive aggressive takeover in the comments section? Stay tuned….

5. The Grange Award Nominees (and Pick)

Let’s dispense with the suspense: we’re letting our feelings for good friend Thom Gatewood get involved and picking his grandson, A.J. Dillon of Boston College, to win the Grange. Last season as a true frosh Dillon, from New London, Conn., rushed for at least 149 yards in six of the Eagles’ final seven games, i.e., when they at last made him a starter. He’s also very good at body-slamming defensive backs who dare to take him on mano a  mano.

This move alone would have gotten Dillon onto our list

2. Nick Bosa, DE, Ohio State: Super stud who will play in some big games (at Penn State, versus Michigan) in November.

3. Khalil Tate, QB, Arizona: Like Dillon, didn’t make a peep in September, then became a starter in October and lit the Pac-12 on fire.

4. Jonathan Taylor-not-Thomas, RB, Wisconsin: As a true frosh, finished third in the nation in rushing last season and he may have the nation’s best offensive line in front of him. Also, Wisconsin plays no one until it visits Ann Arbor on October 13.

5. Bryce “What Is Love, Baby Don’t Hurt Me, Don’t Hurt Me, No More”, RB, Stanford: We really didn’t want to add another RB to the list, and we feel that David Shaw would probably put him out on the field even if he had a pair of torn ACL’s, Type-2 diabetes, a hernia and syphillis, but the kid can flat-out fly and he has marquee games versus USC and Notre Dame in September to get the Grange Express rolling. So, reluctantly, we’ll add his name and watch as Tom Rinaldi gushes about how he’ll become a doctor and cure 97 types of cancer.

It doesn’t happen often: a song you’ve never heard of by a band you’ve never heard of plays on the radio and before that song is over, you know both it and the folks playing it are gonna be YUGE. Oasis never fulfilled their promise of being the greatest British band since the Stones or Beatles, but then again, who from the U.K. has been better than the Gallagher brothers since the early ’90s? Radiohead. Okay, perhaps. Coldplay? SHUTCHO MOUTH!

We contend there are more Oasis songs people would rather listen to than Radiohead, by the way. Their greatest error is not being as magnificent over the long haul as this song suggested from 1994 suggested they could be. 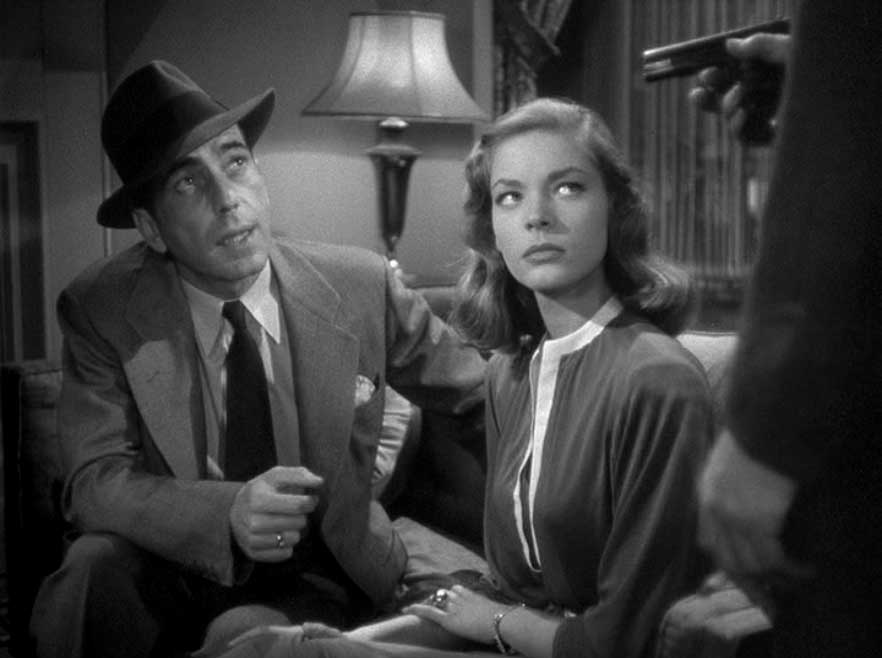 Now that is a dame

They smoldered onscreen and, despite a 25-year age difference, fell in love and got married off. Bogie, born on Christmas day in New York City in 1899, was the son of a cardiopulmonary surgeon (we didn’t know the profession existed 100 years ago) and a Mayflower descendant. Betty Bacall was a nice and lovely girl from the Bronx (just like the mother of this site’s author).

Here are two of their better films, both of them in the noir category.