Here’s a question I’d like to ask someone who went to #FyreFest: “If you were stranded on a deserted party island, which Fyre Fest doc would you bring with you?”

He’s a silly little man, that Secretary of Commerce Wilbur Ross. The billionaire, appearing on CNBC yesterday morning with Andrew Ross Sorkin, said he did not understand why furloughed government workers are going to homeless shelters for food (tip: this is what many people who don’t get paid do). They should be taking low-interest loans out from banks instead.

CNBC: Secretary Ross, do you worry about safety at airports amid the shutdown?

ROSS: I do, & it’s disappointing that air traffic controllers are calling in sick

CNBC: Many of them can’t afford to support their families

ROSS: Well, remember, they are eventually going to be paid pic.twitter.com/rsiXVDRcEQ

Check out the second video where Ross refers to a family being broke as a “liquidity crisis.” Good grief. I’m sorry, who are the elitists? The good news is that Savannah Guthrie will probably have a sit-down with Wilbur later this week.

Later, attempting to ameliorate the gaffe but instead only exacerbating it (that’s two, TWO SAT words in one clause!), President Trump painted a Rockwellian portrait of being broke, “Local people know who they are, when they go for groceries and everything … They will work along. I know banks are working along … They know the people. They’ve been dealing with them for years. And they work along.”

When did “work along” become a phrase? And does Trump really expect Americans to believe we’re all living through the bank run scene from It’s A Wonderful Life (“Why, your money’s in Joe’s house…”). By the way, it struck us yesterday that it must seem like old times for Donald Trump: he’s got thousands of people working for him who are being told they’ll be getting paid later. You may want to ask a few dozen contractors, plumbers and construction workers in the Tri-State area how that movie ends.

2. In Other Jimmy Stewart Movie News

.@SenatorBennet responds to @Sentedcruz: “These crocodile tears that the Senator from Texas is crying for first responders are too hard for me to take.” pic.twitter.com/g4FBxdfiGY

Early last evening a normally mild-mannered Senator from a flyover state gave an impassioned speech on the floor of the U.S. Senate. And he didn’t even have to filibuster. Michael Bennett (D-Colorado) let bearded counterpart Ted Cruz (R-Texas) have it right between the eyes.

Our little commentary on how yesterday killed THE WALL, in the form of a geometric proof:

You need more? Here’s Larry Kudlow, the president’s economic adviser, attempting to portray his fundamentally wrong—and he knows it—interpretation of “volunteering” as a battle of semantics. It simply isn’t.

Larry Kudlow: “I’m not even going to go there. You know what I’m saying. It’s very clear…” pic.twitter.com/w1CNOmafBZ

Of course, being told that you must come to work and do your job without pay or else be fired is not volunteering. It’s forced labor. Indentured servitude. It’s a hostage situation. But I’m sure Bill O’Reilly would point out that they are being well-fed.

How many more examples does America need to demonstrate just how little the filthy rich care about most of them? There’s only thing they want from you, there’s only thing they need from you and that is YOUR VOTE. And trust us, if there were a way to remain in office without having to figure out ways to manipulate you in order to obtain it (what do you think voter suppression is, anyway?), they’d go that route. They want NOTHING to do with you other than that you do your jobs for as little as possible.

Stone, a longtime friend and consigliere to Trump, was arrested and indicted on seven counts. The circle is closing.

And yes, in case you’re wondering, the FBI agents who conducted that raid have yet to receive a paycheck in 2019. 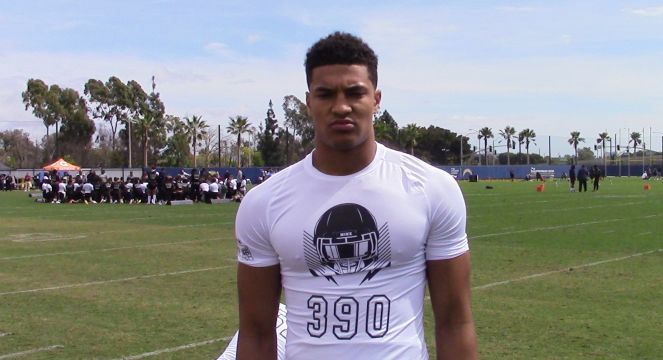 *The judges will also accept “Bru’s Your Daddy”

Just weeks into his early enrollment classes at USC, Bru McCoy, the Trojan’s lone 5-star recruit of 2019, enters the transfer portal. We’re not exactly sure how this will go down, but it could work out that McCoy will have to sit out a year no matter where he transfers (if indeed he transfers) even though we’re still one week away from National Signing Day. That’s because he signed during the early period and already enrolled at USC.

But that was before the Trojans’ new offensive coordinator, Kliff Kingsbury, moved on to the head coaching job with the Arizona Cardinals. It almost—I mean almost—seems unfair. McCoy, rated the No. 1 athlete prospect in the nation and a product of Santa Ana (Calif.) Mater Dei, a giant feeder school for both USC and Texas, is reportedly thinking Longhorns. That would be a huge pickup for Tom Herman (until the NCAA finds out someone from the Longhorns was tampering…we’re only kidding…they’d never do that!).

The only other question is whether “Bru” is the past tense of “Bro” or of “Brah.”

During the second half of last night’s “Conference of Champions” classic from Eugene, Bill Walton told partner Dave Pasch (I can’t recall why it came up) that he had been in Ghostbusters but that his scene was cut. Pasch, not surprisingly, was dubious. If you travel to the film’s IMDB page, however, you’ll find Big Red’s name in the cast credits, in the “others listed alphabetically” area.

Now, if only we can gets someone from ESPN to twist Ivan Reitman’s arm to release Walton’s deleted scene(s).

It never got the radio play of Queen‘s other late Seventies/early Eighties hits—maybe it had something to do with the title and lyrics?—but few tunes exemplify everything that made the band original and unmatchable: cheeky (!) lyrics, crunchy guitars, ethereal harmony and Freddie Mercury’s charismatic and inimitable voice. The song was released in 1978 as a Double A-side single with “Bicycle Race.” Talk about a bargain for $1.99. It went to No. 24 on the Billboard charts.

Looking back, it’s almost tragic that this band did not write the soundtrack for The Rocky Horror Picture Show. The two were off by just a few years, but they would’ve been perfect for it. 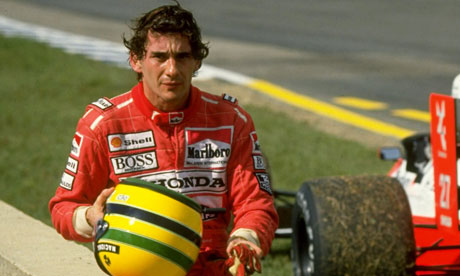 Definitely falls into our Top 10 favorite documentaries list along with Grizzly Man, American Movie, Free Solo and The Mule. Wait, what?

Brazilian Formula One champ Ayrton Senna had it all. Then he lost it all on one bend in the road on a day when he knew he shouldn’t be driving. Worth noting: the driver directly behind him that day was Michael Schumacher, who himself has been in a vegetative state due to a post-retirement skiing accident that took place more than five years ago.