The Oscars are less than one week away and you may have heard that they will not have a host. Our idea: Is it not too late to get TCM host Ben Mankiewicz to host?

Why? Well, the Oscars are an annual celebration of the year’s top achievement in film-making. Turner Classic Movies (TCM) is a 24-7-365 salute to the best films ever put on screen. TCM’s library is not absolutely complete, and of course it skews golden era Hollyood, but the network, which does not air commercials, is the purest channel on TV in term of staying true to its mission (we’re looking at you Food Network, MTV and even ESPN). Mankiewicz, who took over as lead host following the death of Robert Osborne in 2017, is the face of TCM.

In the past year or so, Mankiewicz, 51, has grown comfortable in his role. He’s not a comic, but he has a sharp wit and and sprinkles his sense of humor sparely. A few weeks back he introduced Casablanca and said, “For those of you who are unfamiliar with the plot, a giant shark terrorizes a beach resort town off the coast of Massachusetts.”

Mankiewicz never forgets that the movie is the star, not he. And what a refreshing touch that would be on Oscar night. A host who doesn’t force the movie stars to deliver pizzas or take selfies or sit uncomfortably as they become the punch line of a joke. A host who instead moves proceedings along, is a student and acolyte of the medium (Mankiewicz’s grandfather, Herman, co-wrote Citizen Kane, for which he won an Oscar; his great uncle, Joseph, won two Oscars as a director and writer) and is not there to upstage or embarrass anyone (himself included).

Hollywood people, including movie stars, know and love TCM. My guess is they enjoy the job Mankiewicz does. He’d be a popular host with the live audience and his presence would be a reminder why we’re watching: it’s about the movies. Meet Sarah Zorn. A senior at The Citadel from Burnettown, S.C., Zorn is the first regimental commander at the Charleston military academy in its 176-year history. It was only in 1995 that Shannon Faulkner became the academy’s first female cadet, but Faulkner  dropped out during her nobb year. She would later reveal that people had threatened to kill her parents.

Zorn, a black belt in three disciplines, is on an Army ROTC scholarship. As regimental commander, she is the student leader of the 2,400-student enrollment at The Citadel. The academy, which is affiliated with the Department of Defense but is not funded by the federal government , is less than 10% female.

3. You Don’t Have To Be Andrea Ocasio-Cortez To Oppose Amazon-NYC 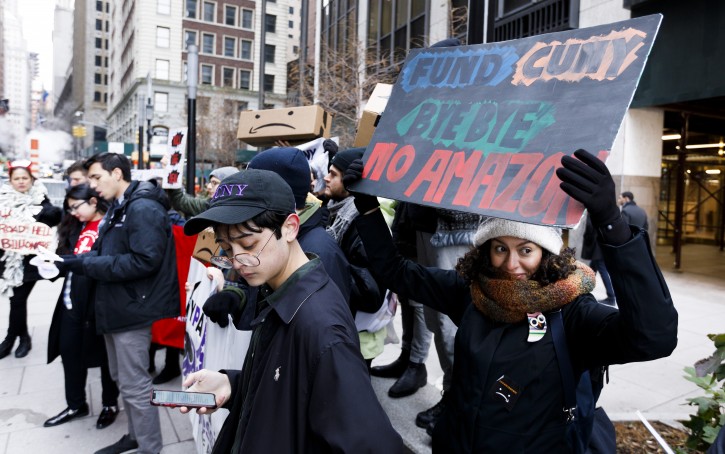 Last week Amazon told New York City that it had failed to bend the knee enough in terms of welcoming the online-retail monolith to Queens (the tax subsidies were coming, but there were too many radical leftists making their voices of opposition heard, or so we were told, and Amazon, whose CEO had had enough bad press for one lifetime this month, decided it did not want to inhabit the borough of Archie Bunker and Frank Costanza).

Immediately after the news broke, ordinarily centrist and diplomatic talking heads on CNBC such as David Faber and Andrew Ross Sorkin blasted the deal. As did a couple of friends of mine on our group text chain. The only major voice of opposition I saw in the news was 29 year-old freshman Congresswoman Andrea Ocasio-Cortez, who, although well-meaning (I feel), may be a little fiscally naive and very, very left of the goal posts.

I’ll admit I didn’t understand the issue as well as I might have, but I did know one thing: the voices I heard decrying the move—Faber, Sorkin, the odd friend—are all extremely financially comfortable and are all pro-business at nearly all costs.

I wasn’t sure how to feel and obviously I could stand to learn more about tax revenue, corporate behavior, etc.

Then I read this Op-Ed in The New York Times (just mentioning this newspaper will automatically disqualify the arguments the writer is making, at least for some) by David Leonhart that clarified the issue for me. And reminded me that the people calling NYC stupid for standing up to Amazon have the luxury of not having to, or not caring about, make the choice between integrity and prosperity. “Sure, Amazon was pitting cities against one another, but this is how the game is played” is just a double-breasted suit and a Tommy gun away from paying protection money so that your small business does not meet with an unfortunate accident. In this case, the New Yorkers opposing Amazon were Robert DeNiro’s bus driver in A Bronx Tale and those in favor were all who care to bathe in the splendor of Chazz Palmientiri’s munificence. He will lend you his Cadillac for a date, after all.

Short-term, New York City lost. Long term, maybe it sent a message to the other middle-class bus drivers that they don’t have to compromise. A little poorer financially, a little less poor in spirit.

By the way, this dude above? That’s Aston Francis of Division III Wheaton (Ill.). He leads all scorers across all three NCAA divisions, averaging 32.4 points per game. Francis had a 54-point effort earlier this season.

*You may correct us on the grammar if we’re off.

Last week the New York Post published the funniest story we’ve read this year. The author, above, is Cassie Lane, an Aussie and former WAG who, to her credit, has a taste for putting words on the page. She previously published a piece on the misery of being a WAG.

A few things we enjoy about Cassie’s NYP story: 1) the fact that it features four selfies and one other photo of the author, but no other photos. Did Phil Mushnick ever receive such vanity treatment? 2) the way it appeals to the NYP’s MAGA-centric, semi-literate audience.  The story is billed as a “living hell” but no actual misfortune ever befalls Lane and her boyfriend, and by the way, whose idea was it to take a driving trip through rural Mexico anyway? It’s the THREAT that she FEELS is what she’s writing about. 3) Finally, Cassie casually mentions that she and her beau cut in the gasolina line in front of roughly 80 cars but she explained it away by saying, and I paraphrase, that desperate times call for desperate measures. Gee, I wonder if any Mexicans trying their best to get to the United States can appreciate that feeling.

Is there a shorter all-around band than Fall Out Boy? Is anyone from the Chicago-based band tall enough to ride this ride? Although Patrick Stump (aptly named) is the band’s lead singer, bassist Pete Wentz became the band’s cover boy. Wentz attempted to commit suicide shortly before the band’s 2005 debut album was released but then that album, fueled by this critically praised single, went double platinum and FOB earned a Best New Artist Grammy. Was that more than they bargained for? 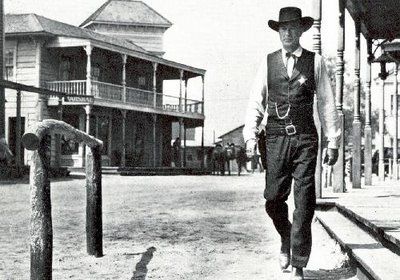 In which Gary Cooper engages in a verbal shootout with Bomani Jones and Pablo Torre, guns them down in the street and departs with Grace Kelly. This plot sounds highly questionable.

The 1952 film, which won four Oscars (including Best Actor for Cooper), is often cited by Geno Auriemma as a study in character. At the time this film was made, Cooper was 50 and Kelly was 22 so she should have at least been nominated for an Oscar for so convincingly Acting Interested.